Over the past several weeks, Space Bullet was given a glorious opportunity to showcase Vox Machinae at Oculus's Game Days event at PAX in Boston. Naturally, we wanted to put our best stompy foot forward and make the most of it. Thus began an epic journey of feature refinements, tutorial flow tightening, and optimizations.

We're happy to say the event was a great success, with many connections made and a generally positive response from those in attendance. Now that the event has concluded we've scoured the internet for every article and post that mentioned us during that time. To the right are some choice quotes, along with links to the articles press wrote up about their experiences with Vox Machinae.

Here's What the Press is Saying

"Forget everything you think you know about mech games in VR as you step into the cockpit of your mech and prepare to be wowed. This isn’t your average run of the mill mech game where you suit up and use traditional control schemes, you are fully immersed in the cockpit and are completely in control of every aspect of your mech."

"Putting someone into the VR space then allowing them to pilot a massive mech has been the dream for many all along and so far it’s been illusory. That dream might finally be coming true though with the release of Vox Machinae."

- Attack of the Fanboy

"Vox Machinae is truly stunning visually, but what I really enjoyed was how the environment and controls really made me feel like I was controlling this GDR."

"[sic] Also what's amazing the way to talk with your partner and the team where you just have to grab physically your walkie-talkie and just talk, just genius." 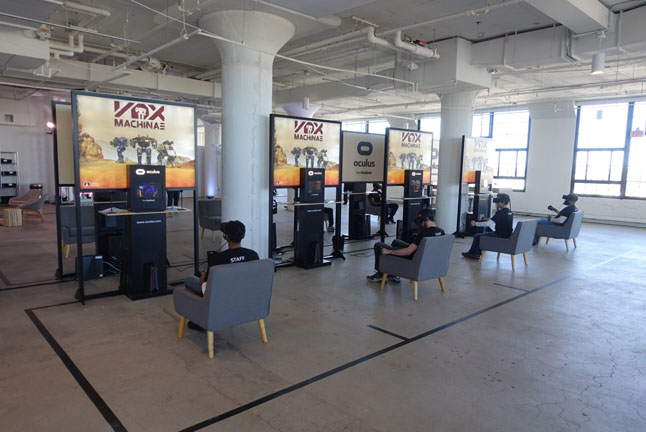 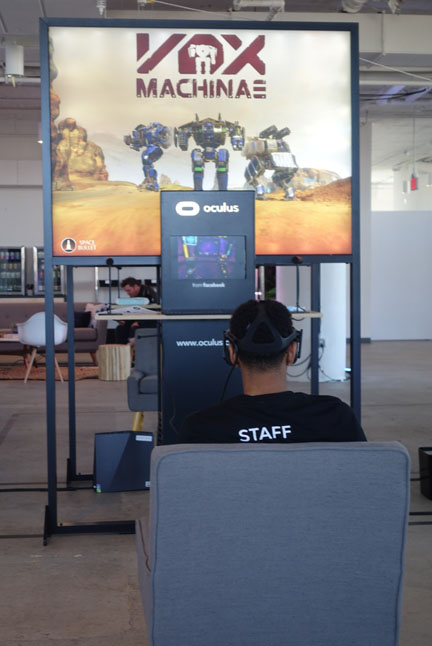