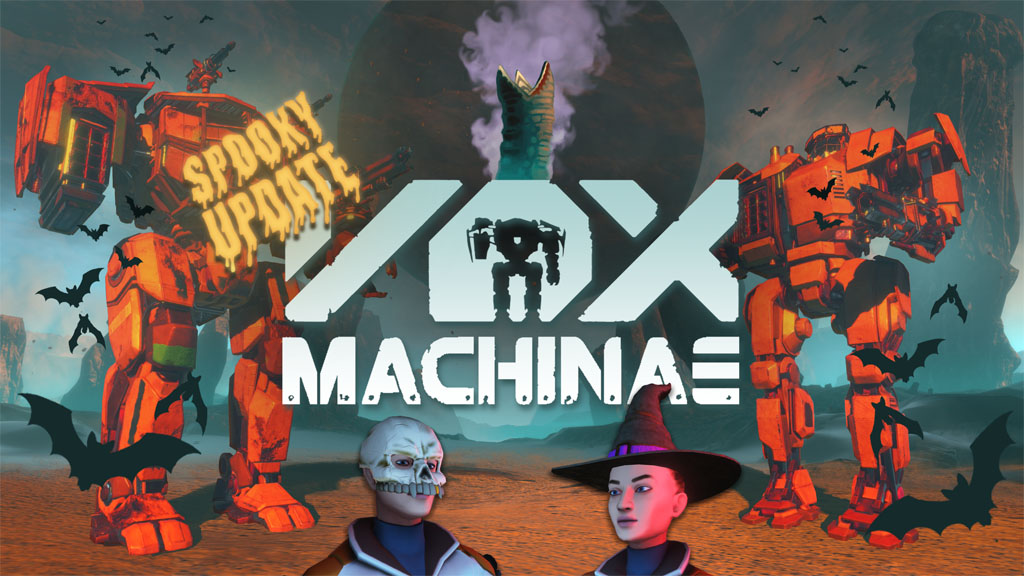 We’re happy to announce that our first content update to Vox Machinae is here: the SPOOKY UPDATE. Here’s a quick rundown of all the things both big and small that we’ve managed to cram into it:

It has been a whirlwind month over at Space Bullet. We crunched, launched Vox Machinae, and people are finally seeing what our game is all about. We’d like to give our sincere thanks to all the kind words you lovely people have expressed over the various places of the internet. We’re proud as punch that the reception has been so positive and are committed to continuing to develop the experience with surprises, improvements, and sharing those plans with you so you guys can take part in contributing to the journey.

Speaking of taking part, we’ve decided to share big chunks of our development roadmap over on Trello with you guys. You can get involved and vote on your favourite ideas, and we’ll try our best to take your votes into consideration as we flesh out the game over the coming months. Here’s the Trello board: VOX MACHINAE ROADMAP