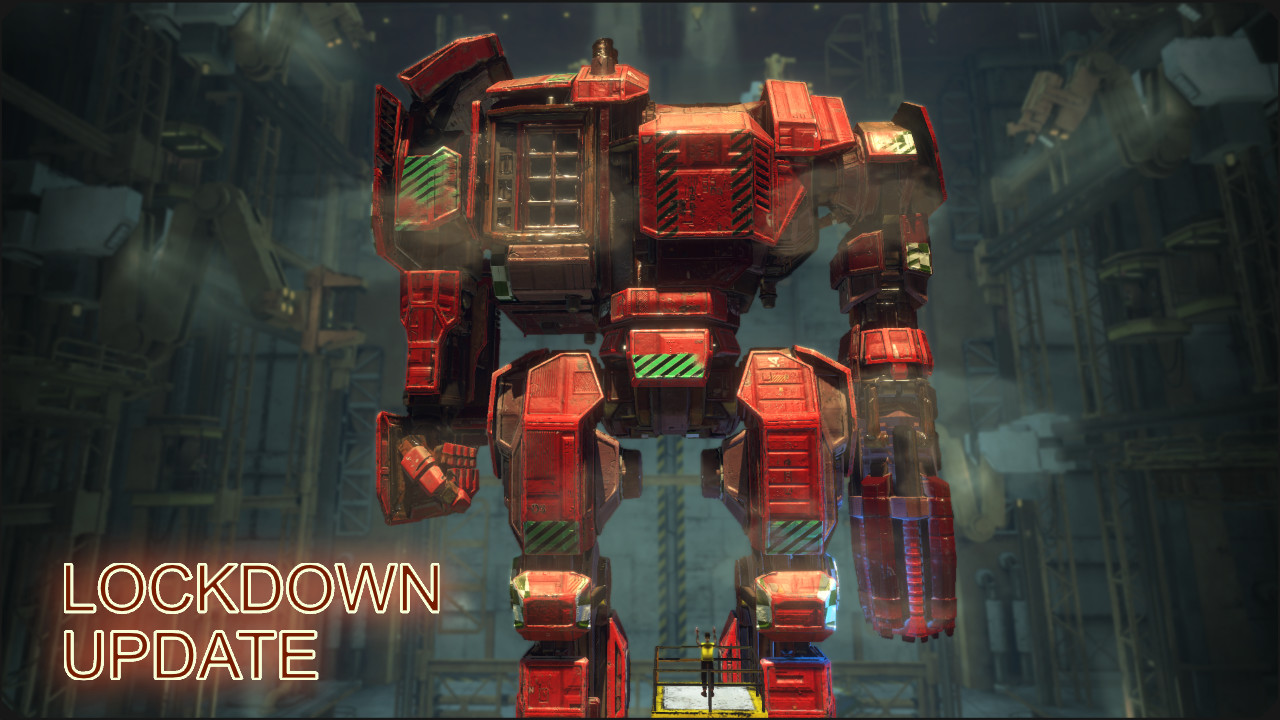 Our latest update is all about raising the quality bar of our game. Though there’s plenty new toys to play with, we wanted to focus on improving both the visuals and audio of the VOX experience. Have a look at what you can expect next time you boot up our brand of stompy bot action:

Scattershot is like a whole new beast to behold. It now features a powerful punch, with dangerous heat buildup, a narrower spread, as well as faster-moving pellets. There’s all-new special effects and sounds to go along with it too, to help accentuate its presence. Now it’s truly the boom stick it was always meant to be.

Our crack audio team has been hard at work holistically improving the audio experience in Vox Machinae. It starts with a full Remaster and Rebalance, dedicated sub channel, as well as rebalancing of spatial audio. There’s a tonne of new sounds for Scattershot, Railgun, Minigun, Hammer, and Skyjacker. Various gameplay cue audio has now been added, such as weapon swaps, match win/loss, jumpjet velocity rattles, game start sound, and fun secret stuff too. Grinders have seen a vast audio improvement to help complement their mass with various creaks, scrapes, jostles and thuds. It’s truly a feast for the ears, and we hope you like it.

We've taken our industrial-strength shrink ray to Hopper and shaved 20% off his total dimensions. Why did we do this? Hopper was always meant to be our small and scrappy scout unit, so we wanted to go the extra mile to emphasize this. Now he’s leaner, meaner and harder to hit.

Our hangar lighting presentation has been dramatically improved, with both grinders and pilots receiving/casting dynamic shadows. Additionally, new direct lights in the hangar will add a more convincing sheen to surfaces. We didn’t stop there either, now both hangar and cockpit scenes feature improved reflection and specularity, which allow our more metallic surfaces to really… shine.

We know every pilot wants to be unique, and while our initial selection of pilot icons was a valiant effort, there's always more that could be done. So we did just that, two times more icons to be exact. Now there's even more ways to help pilots express their style in tiny icon form.

Not satisfied with the way our cables tended to glitch out, we forged a new tech to end the madness and usher in a new era of well-behaved cables. Cables can now squash and stretch, bend without malice, and better simulate weight, all while being obscenely efficient to render. This has also meant many more cables in the cockpit can now be simulated, adding to the immersion factor.

In the spirit of cramming as much goodies into our updates as humanly possible, here’s some more notable highlights in this release: