Ok so the truth is, we’ve been secretly developing an epic solar system-spanning singleplayer story campaign for Vox Machinae for over 2 years now. What a relief to finally get that out there, such a load to get off of the ol’ chest. What’s that? You want to know all the details of how we came to this point and what you can expect to see from this new chapter of Vox Machinae? Well you came to the right place, here’s how it all came together.

Why Do This Now?

Growing up in the 90s, we too were gamers who fondly explored the adventures that populated the entertainment space from a burgeoning artform. PC gaming seemingly exploded out of nowhere and offered an interactive way to experience a narrative. The environments and characters not only stirred our imaginations, but asked us to directly advance the action. Whether it was the text briefings of Warcraft, live action cutscenes in Wing Commander or the non-stop immersion of Half Life, they put player agency at the center of it all. All this to say that stories hold a special place in our hearts, because they’ve always been the catalyst for being in this industry in the first place.

Although we planned for Vox to have a campaign when setting out to make it all the way back in 2013, the size of Space Bullet even at early access launch was only two artists and a programmer. Ultimately our limited time and resources dictated a narrow path forward so that the work we put in could generate the biggest impact in the product. I mean just take a look at our aging early access trello roadmap! Not even the ‘Pie in the Sky’ tasks were all that ambitious.

With the support of an early fanbase we pressed through the other end of our Early Access release and found our production pace. Through it we could see a welcoming and respectful community of fierce-yet-friendly pilots populating our Discord Server, Reddit, even across various news outlets. So we started hiring more talent onto the team, and began dreaming BIG once again.

The coding ranks were bolstered first, a designer was brought on board, and although the visual arts department stayed at two members, we expanded the sound department and added a dedicated writer to the team. And so began the trek that saw us through two years of quietly working on a campaign while adding content.

Here's What We're Going for:

The scale of Vox was always meant to be massive. Massive mining grinders that were housed in massive hangars, and serviced by multiple crews. Massive operations, possible only due to oversized conglomerates whose reach spans galaxies. Unreasonably massive resources for undertaking such efforts; measured in gigatons — of fuel, of steel, munitions and manpower. They’re not just big, folks! … they’re WAY too big. With the campaign, we're taking this sense of scale to the next logical extreme with new content you simply have to see in VR to believe.

To give feeling to this universe, we focused on creating a wide cast of endearing and quirky characters. A crew of local inhabitants to this corner of space, who made this hostile industry their home. As the new recruit, you look to them to assess the appropriate response to events and vistas: sure, that sensibly oversized walking citadel is unusual in our world — but what about the day-to-day mining ops in the Serus System? Come on!

The campaign had to span an entire star system. To ground the experience, we needed to create an appropriate environment that would serve as a homebase to come back to after each mission. No matter whether we return from mining on Topaz or venture into the darkness of the distant obits of Serus’ secluded planets; A little carrier by the name of ‘The Competence’ will take you there. During those journeys between planets you'll be able to fully explore this new space while geting to know your new crew. 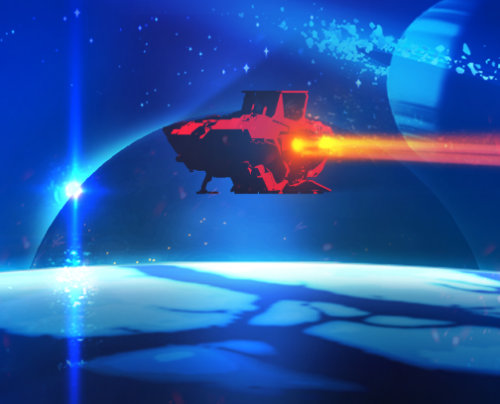 Fresh locales along with the battle-tested maps from multiplayer make their appearances, now host to a gripping new story. The environments have character of their own. Beyond standard inhospitality, their morphology presents different challenges — both in traversal as well as complications in combat. Sometimes standing to your advantage, sometimes exposing you to the enemy. It’s best to keep your awareness of surroundings about you in this alien scenery. 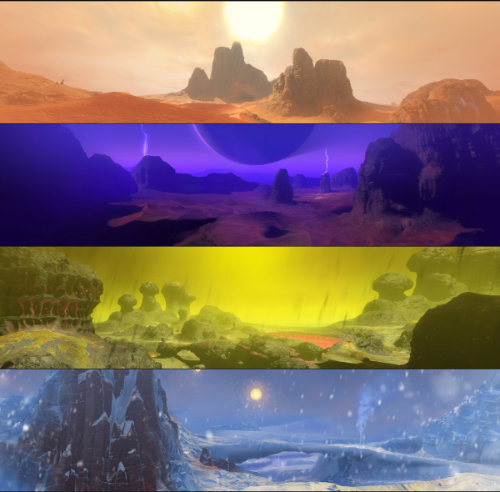 No cinematic ride would be complete without a custom music score for all the action taking place between hitting start, and the final flash of the credits. Vox Machinae continues to receive tremendous love and attention from the original composer since the project began.

In conclusion, it is our great joy [among a salad of other emotions] to be able to answer the call from all who saw great potential in the game from this tiny, but enthusiastic Canadian team. Now … for the folks that have been asking —the answer remains— as it has for the past two years: “a campaign is certainly something that interests us greatly.”

Only today, with gratitude for your patience and support; We officially announce Vox Machinae's singleplayer campaign.

Oh, and it'll be free to all who bought the game.