Our content update is out now so let’s talk about it's main feaure; Hoverbrawl 2.0. Yeah you read right, we’ve taken our frustrating soccer-style game mode and are making it tolerable great! Heck, even the bots weren't quite sure how to play the old one. That’s why we’re building out a whole new core concept to hoverbrawl and unifying the mechanics in an all-hands effort to make it the most fun mode in VOX. In the old version of hoverbrawl the ball wasn’t exactly the easiest thing to bat around. Not only did it hover frustratingly too high to interact with terrain/players, it was also difficult to get going in the direction it needed to go. How is hoverbrawl 2.0 different/better? Read on to find out!

To put it simply, we’re going to let players carry the ball around by tethering to it. Any player who gets close enough to a loose ball will tether to it and be able to pull it wherever they go. As a carrier you’ll need to stay close to it as you travel, otherwise the tether will break. You’ll also need to manage all the extra heat that tethering draws which increases the farther from the ball you are. 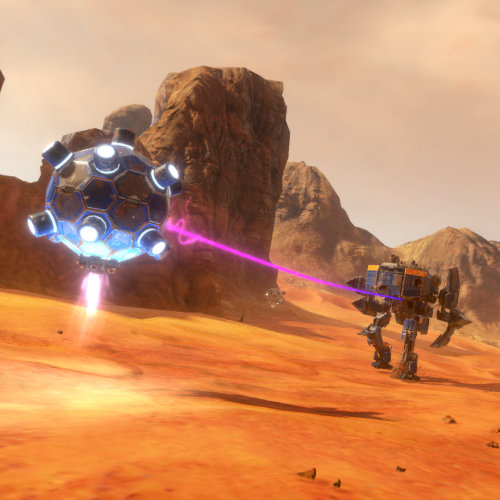 Players must now take the ball/mine to the enemy’s factory and destroy it with the mine to score. Not only will this allow players to keep a forward momentum rather than backtracking, it will also encourage defensive roles to keep enemy balls away.

2 Balls are better than 1

We decided this mode needed more chaos and less players crammed into the same exact spot. Keeping track of loose balls and sneaky tactics is now a thing, so players stay vigilant!

Only captured balls with carriers are able to float gently in the breeze. loose balls just kinda roll around which allows for more emergent opportunities to punt, shoot and redirect the ball to glory.

Shooting loose and carried balls will affect both differently depending on the weapon used. This was a thing in ye-old hoverbrawl, though tbh we kinda broke a bunch of that with our campaign update. Now, not only do they all actually work; we also tuned those effects tightly and added a unique wrinkle to our most underused weapon.

Carrying the ball into the enemy’s factory will net your team the traditional 5 points. Loose balls can be blasted into an enemy’s factory at range, which will award all teams 3 points except the team who’s factory just exploded to bits. 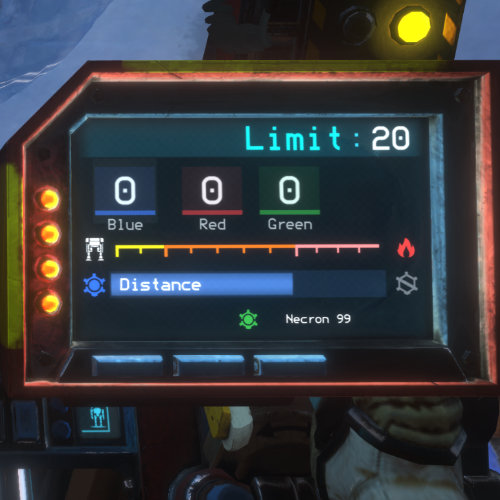 So there ya have it. Lots of very deep changes to hoverbrawl, out now with our latest content update. We’ve been playing around with this mode for over a month now internally, and honestly it’s some of the most fun we’ve had with the game in a long time. We keep discovering new tactics, wrinkles, possibilities, loadout cheats, counters, the list goes on. We’re stoked to finally release this to all you excellent folks soon, and we look forward to seeing where you take it.